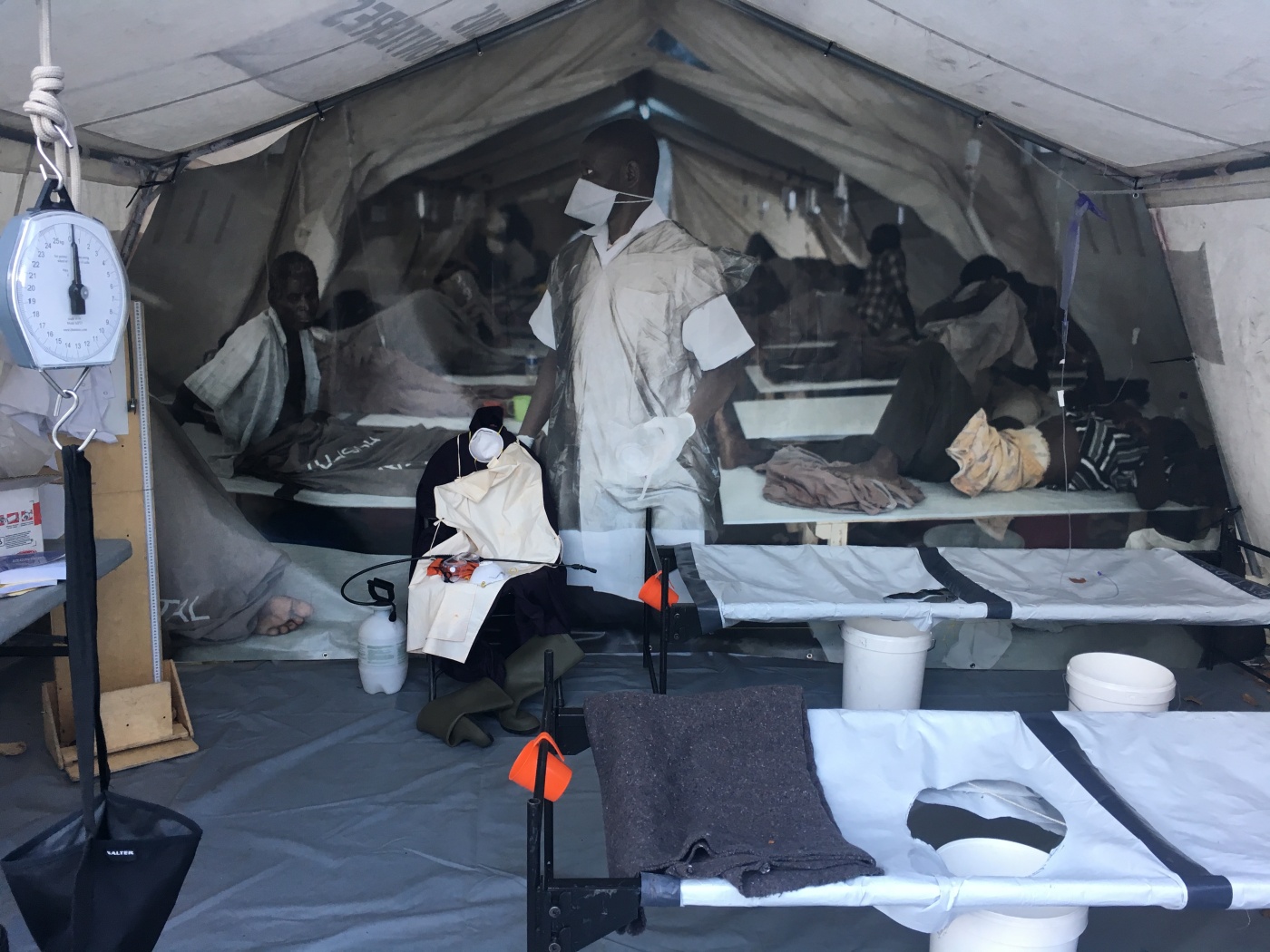 Due to the larger scope and changing issues within the refugee crisis, Milkovich said MSF, an organization that provides medical care to more than 60 countries worldwide, decided to go on the road to present its interactive exhibit to cities all over the country.

“Forced From Home,” an interactive installation and guided tour meant to put visitors in the shoes of refugees, started its tour on Sept. 16 in Queens, New York. The exhibit went to Manhattan, Washington, D.C., Boston and Pittsburgh before finally ending its run on Nov. 13 on Independence Mall in Philadelphia.

“It was a similar idea where it put people in the shoes of a refugee and what it’s like to be in a refugee camp,” she said. “But since then, the scope of the crisis has changed.”

According to a 2009 report by the United Nations Human Rights Council, 43.3 million people were displaced by the end of 2009, just one year after the last United States tour of “A Refugee Camp in the Heart of the City.” Since then, more than 20 million people have become displaced from their homes.

The new exhibit is meant to shed light on that large increase of displaced individuals and help visitors understand the different experiences for refugees in different locations. “Forced From Home” focuses on five different regions: Afghanistan, Burundi, Honduras, Syria or South Sudan. Refugees, asylum seekers and internally displaced persons from these regions face different challenges, like differences in medical needs, safety measures and lack of food and clean water.

Milkovich said one of the values of MSF is “bearing witness,” or giving a voice to people who otherwise may not have one. At the exhibit, visitors walk through the visual stations, which include mock living spaces, medical tents, boats used to transport refugees and everyday items used by refugees. Along the way, the guests talk to tour guides who worked in the field and can share personal experiences from their time working in refugee camps all over the world.

Visitors are each assigned a location and “status” — either refugee, asylum seeker or internally displaced person — and must use their role to learn about the challenges an actual person in that position would face. They are also asked to choose items they would bring along at the beginning of their journey. However, as they go through the exhibit, they must get rid of them, to get an idea of how little refugees have to start their new lives with.

“[The crisis has] changed in a lot of ways, but essentially we’re all humans and we’re all motivated by similar things like safety and our families,” Milkovich said. “There are those geographic differences but at the end of the day we’re all humans.”

“[You get to] essentially see for yourself what it’s like,” she added. “It really gets people to think about the individual stories within that 65.3 million.”

Additionally, the exhibit offered opportunities to watch documentaries in virtual reality to further put guests in the place of a refugee in order to promote empathy and understanding, Milkovich said.

Kumi Matoba, a pharmacist and air worker for MSF and a tour guide at the exhibit, said she first learned about MSF as a little girl in Japan. During breakfast one morning, her mom showed her a newspaper article about MSF and the work they were doing in Africa at that time. Matoba’s mom always reminded her that she had to share what she had because not everyone was as fortunate.

Matoba ended up becoming a pharmacist and has done three missions with MSF since then. She said those conversations with her mother still impact her to this day and inspire her to work with MSF to make a difference.

“I feel I am very fortunate,” she said. “I have a good family, I am healthy, I can support myself. And these are not things that I have earned, I was just fortunate.”

“I wanted to share what I have extra,” she added. “That’s kind of the essence and I still think that’s the way I think.”