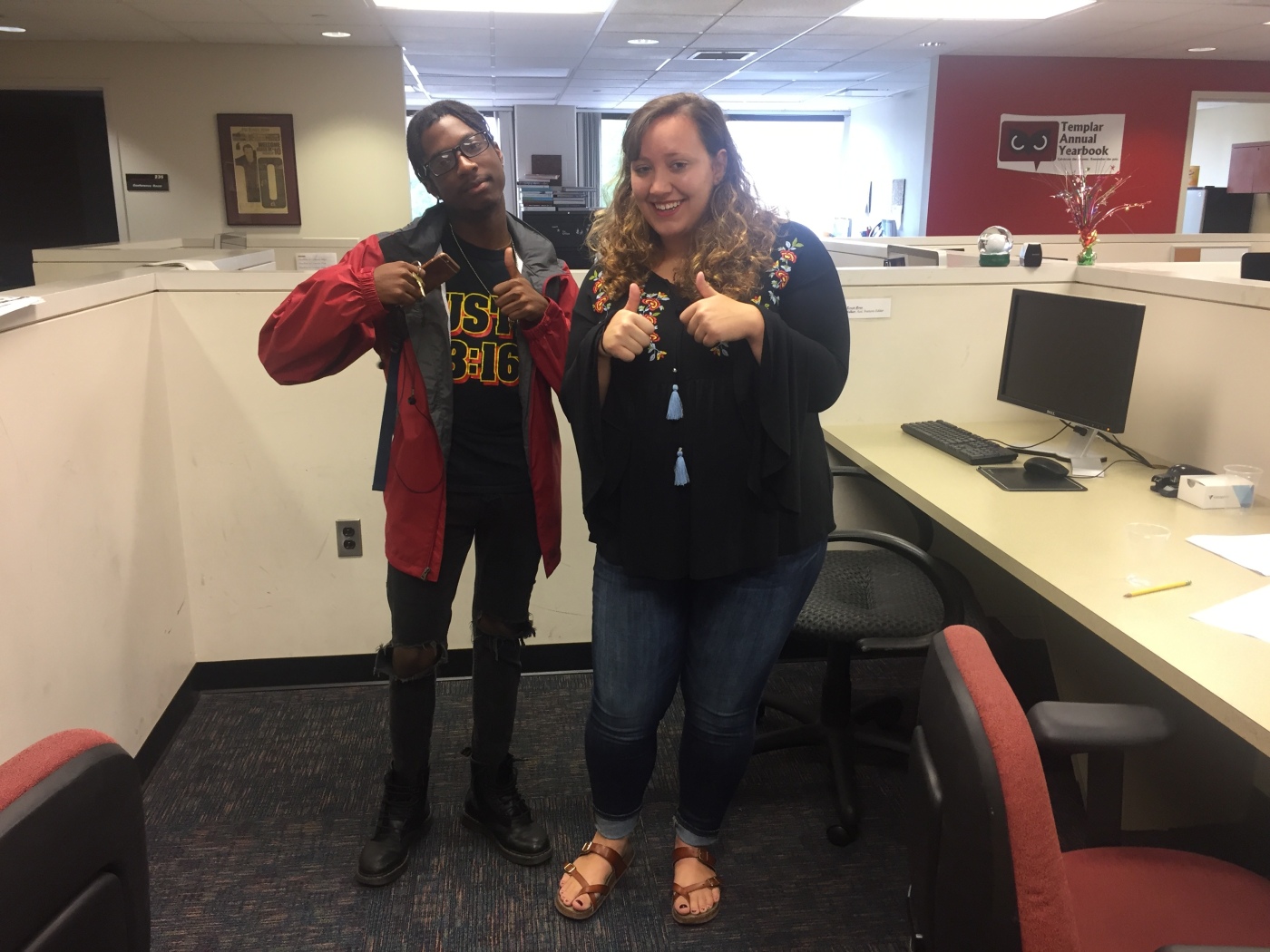 Jenny Roberts and Aaron Gibbs will be covering the nonprofit beat. They are both senior journalism majors at Temple University in Philadelphia. Jenny is the supervising editor at The Temple News, the university’s editorially independent student newspaper, which means she spends most of her time deleting the oxford comma from writers’ drafts. Aaron is currently an intern for the Philadelphia Eagles Web Team for this season. When Aaron’s not working he enjoys reading fashion blogs and watching sports. Meanwhile, when she’s not writing, you can find Jenny watching historical TV dramas or eating Mexican food with friends.

Currently, Philly nonprofits get coverage at Generocity.org, an online news site that covers the impact of “social good” in the city. The site also focuses on topics related to fundraising, volunteering and education. The Philanthropy Network of Greater Philadelphia also creates posts for their site, covering nonprofit news. However, this organization’s main function is to create a community for philanthropists. It is an example of a community covering itself. Nonprofits also get coverage from publications that cover the entire city itself, like Philly.com and Philadelphia Magazine. However, this coverage is not consistent.

Why this topic needs more coverage:

Journalism is supposed to serve a public good, highlighting society’s problems and acting as a watchdog for institutions. Covering nonprofits would allows us to see what problems specific communities are facing and how the government may be lacking in areas of assistance and advocacy. Focusing on nonprofits would allow us to take a solutions-based approach to our goals, as nonprofits seek to aid members of society.

We’re the right people to cover this because:

Aaron has always had a passion for helping others and has seen the impact nonprofits can make from a far. But he would like to get a deeper understanding of specific organizations and the work they do internally, which may not always be publicized.

HIAS Pennsylvania- HIAS is an immigrant advocacy and refugee resettlement agency. Jenny heard that the agency has been getting very few refugees since President Trump’s travel bans were announced. Even though parts of the bans weren’t upheld, are less refugees still coming to the United States now? How has anti-immigrant rhetoric at the national level affected the work HIAS does locally and the populations they serve?

Philly AIDS Thrift- This thrift shop near South Street has a rapid HIV testing center. This was made possible through a collaboration with five nonprofits: Action Wellness, Bebashi, GALAEI, Mazzoni Center and Philadelphia FIGHT. The center opened in 2015. Are people still coming by? Are there any people who come by regularly? How is Philly doing in terms of its HIV/AIDS population? Where do we stand compared to other cities nationally?

Tree House Books-  This nonprofit based in North Philadelphia focuses on literacy and after-school programming. They also have events regularly, inviting poets and authors in to speak with students. They make an effort to bring in African-American speakers to inspire their youth because the surrounding community is largely African-American. Let’s try to cover one of these events.