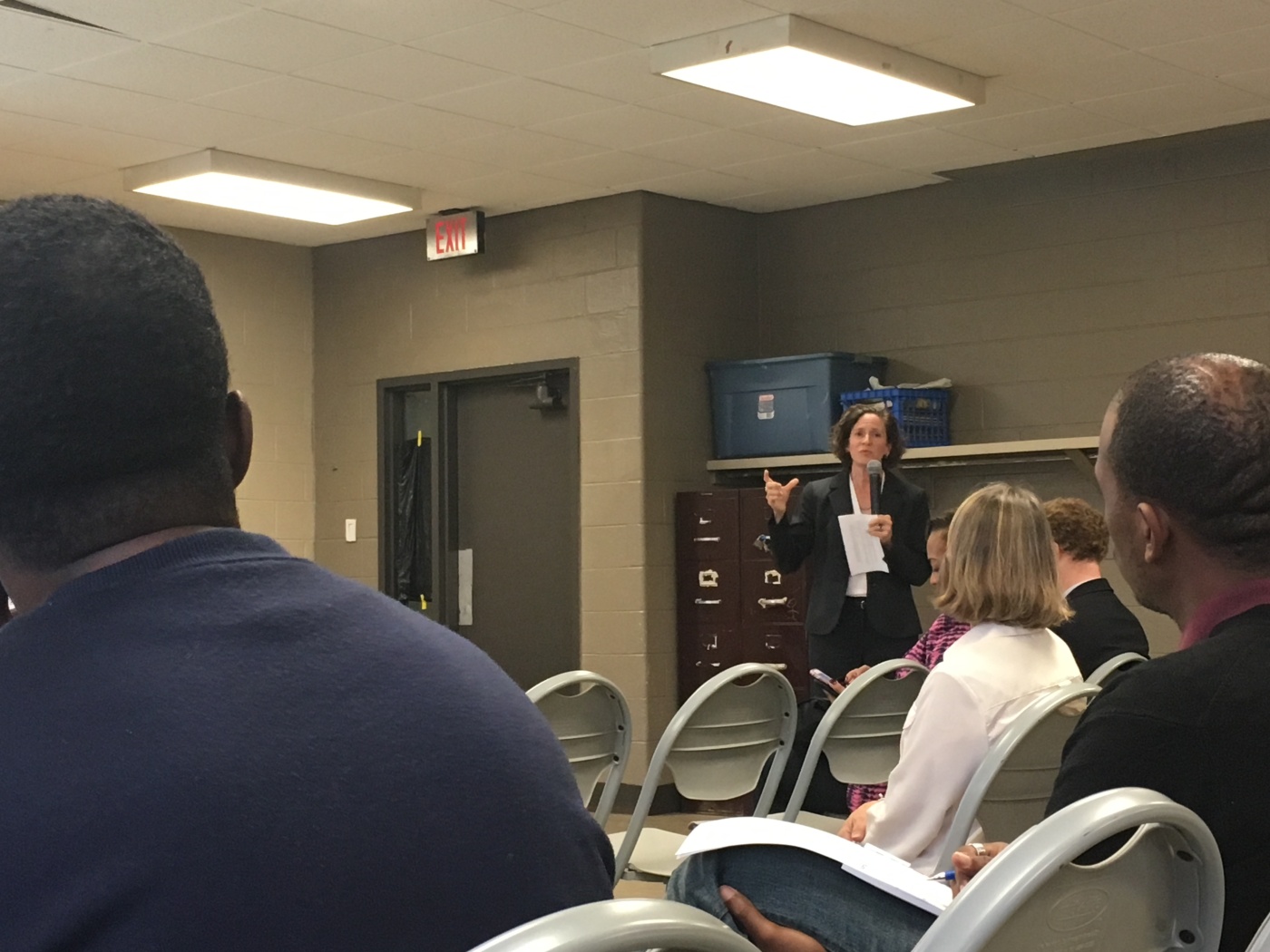 The project aims to improve facilities at parks, libraries and recreation centers around the city.

At a community informational meeting yesterday at Martin Luther King Recreation Center, Rebuild leaders stressed the project’s plans to increase diversity. Of the more than 30 people who attended the meeting, half owned businesses that the Rebuild program is hoping to target.

Westerman added that while Rebuild can’t “solve it overnight,” if the program is successful, it could provide a framework for the rest of the city to follow.

Iola Harper, the deputy director of commerce in the city’s Office of Economic Opportunity, said her office will track the inclusion of minority- and women-owned businesses over the course of the seven-year project. She added that diversity inclusion efforts will be outlined in the contracts set up between local businesses and the nonprofits that will be leading the individual construction projects within the Rebuild program.

All equal opportunity hiring efforts are published online for anyone to access.

Harper is also in charge of the city’s diversity inclusion efforts. Since 2008, the city has increased its contracts with minority- and women-owned businesses from about 18.1 percent to 32 percent, according to annual disparity studies.

“Historically, small, minority-owned firms have had challenges working with the city,” Harper said. “There are a number of people that are well aware of the history of this city and have done or tried to do business with the city. And so they are coming to this meeting with that history, bringing it with them.”

Several business owners were skeptical that Rebuild would be able to hold the project leaders accountable for diversity inclusion and paying local businesses on time.

Harper said the city uses penalties ranging from corrective actions to suspended pay or debarment, which means a company cannot work with the city for a number of years. She added that the process Rebuild will use to penalize misconduct hasn’t been set but will be slightly different from what the city does.

“It’s going to be a challenge but I think we have a chance at doing it,” Harper said. “In instances where you hear frustration or you hear skepticism, it’s because of very real things that people have experienced and that people have lived through. …This is a way that I hope…that this project will lead to some real inclusion.”