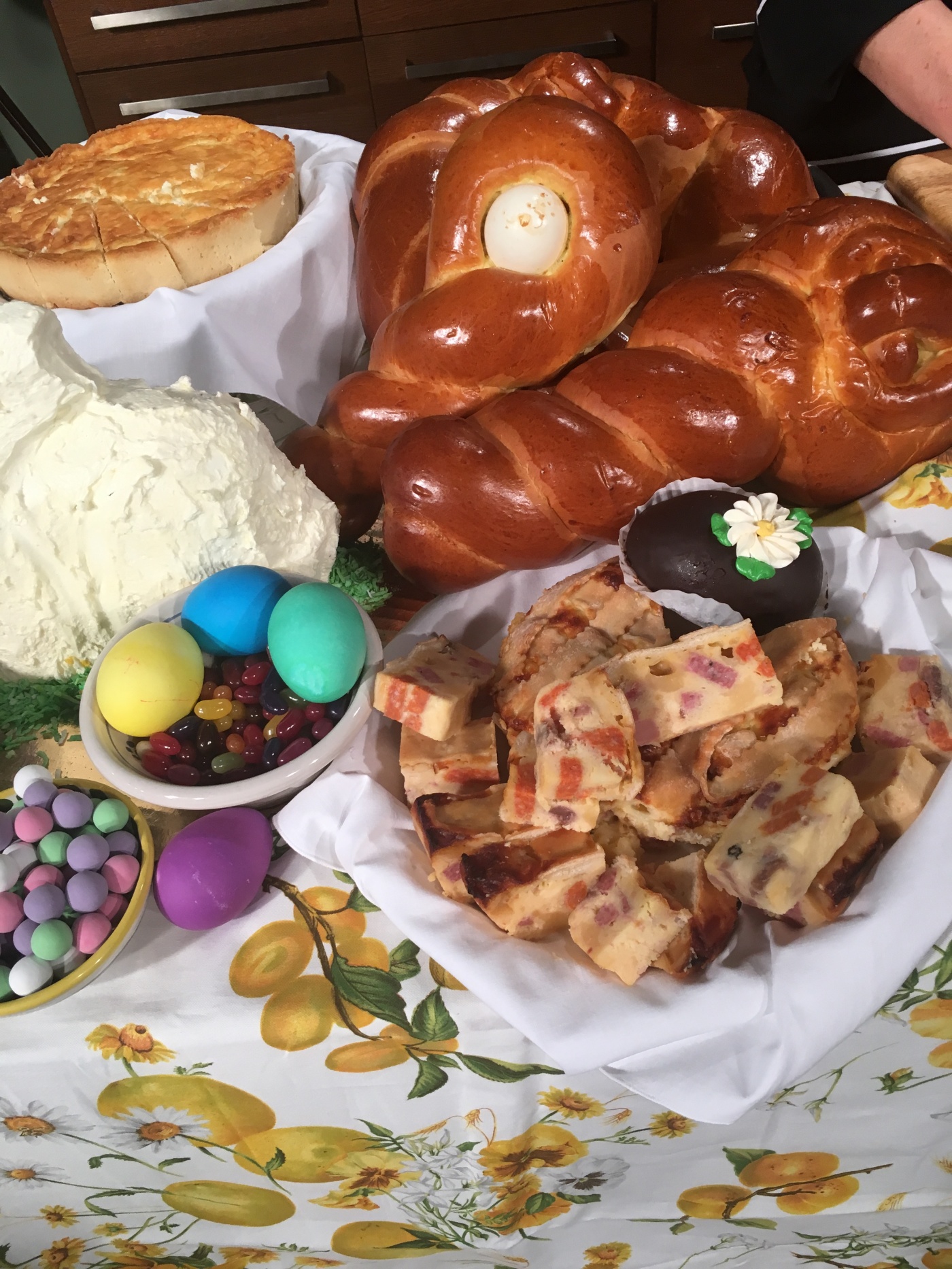 For many Italians today, growing up on those sweet memories of breaking Easter Bread every year is a favorite Easter memory.

“Easter is a bigger holiday for us than Christmas here at the store and within my family,” says co-owner Maria Nappi-Grispino of the Altomonte’s Italian Market. Even though it’s considered one of the oldest traditions, it brings out anyone’s inner childhood memories.

“Pane Di Pasqua” is a rich, eggy bread with a hint of citrus flavor, eggs dyed or white, then braided into the dough, a sweet sugar glaze and…the best part…covered in sugared rainbow sprinkles. The braided pattern of the dough symbolized the crown of thorns, the cross made of dough placed over the eggs represents crucifixion and the eggs represent birth and life. In many European countries, there are various traditions surrounding the use of bread during the holy holidays. Traditionally the practice of eating Easter bread or sweetened “communion” bread traces its origin back to Byzantium and the Orthodox Christian church.

The recipe for sweetened bread may date back as far as ancient Greece during the time period of Homer. It is also widely known that sweetened bread desserts similar to panettone, which were a Roman favorite. Every year this sweet, briochelike bread would present itself from the Altomonte’s Italian Market into the homes of many families within the greater Philadelphia area. Throughout the weekend the bread would be sliced and buttered until the whole thing would be gone. It is typically made for Easter but craved all year long. Throughout many years of sharing, preparing and eating Easter bread,  anyone can learn that it’s not only an Italian tradition, but also one that can be enjoyed by people from all walks of life.

As for Maria and her mom and the rest of the Altomonte’s family, “Buona Pasqua a tutti!” Happy Easter, everyone!