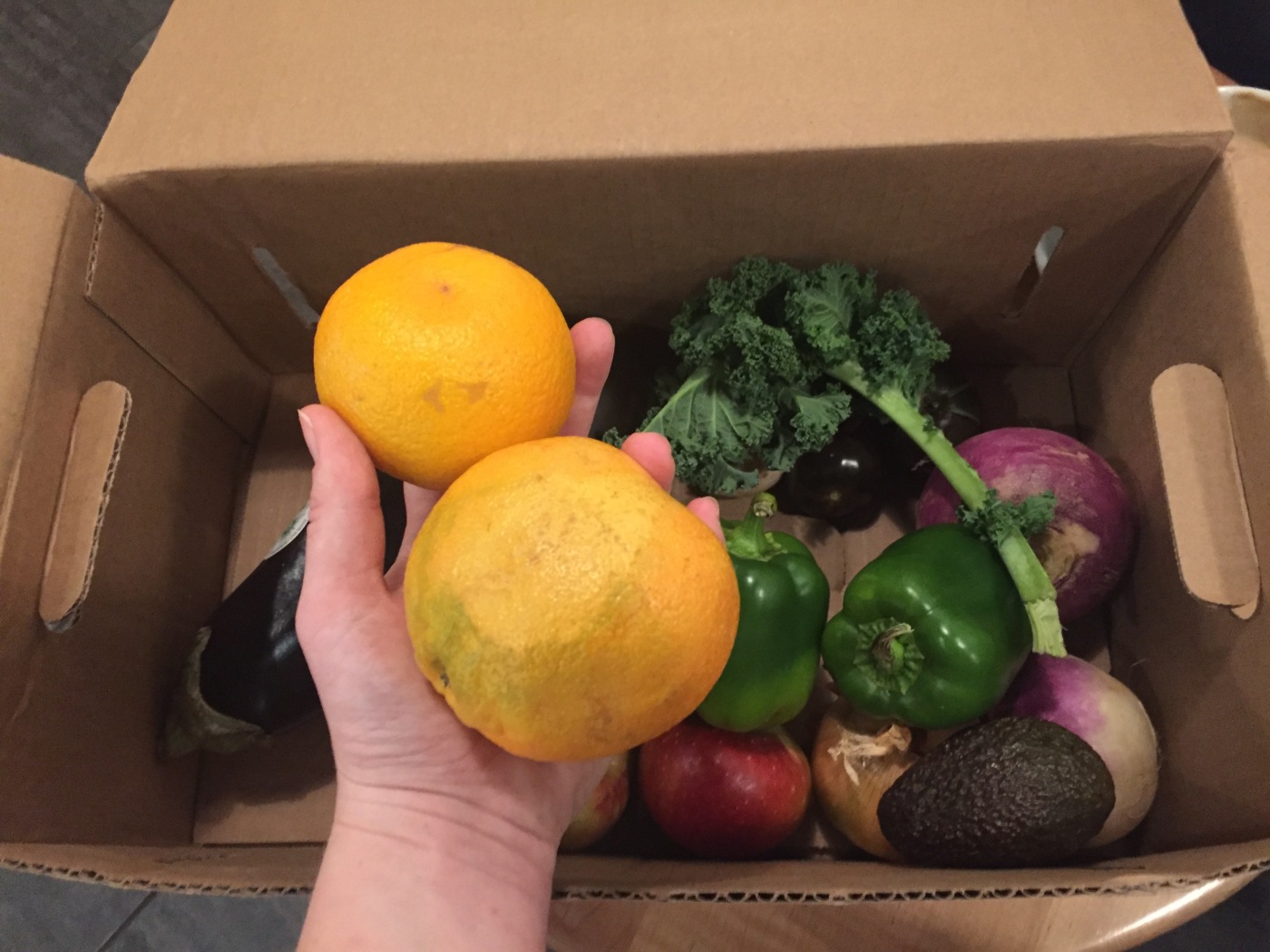 The combined mission of ending food waste and hunger in the United States is an immense one, but one that has been taken on by a young entrepreneur in the northeast region of the country. CEO Evan Lutz started his company called Hungry Harvest from his dorm room at the University of Maryland in 2014.

Lutz has been an aspiring social entrepreneur his whole life, and knew he wanted to start a company that could help people and do some good in the world.

According to feedingamerica.org, 25-40 percent of food in the U.S. is wasted and one in six people go hungry.

The concept is a fairly simple one: collect unwanted or excess produce from local farmers and wholesalers, package it, sell it to customers for discounted prices, and donate to families in need. This recovered produce tastes fine and is perfectly safe to eat; it does not reach consumers only due to aesthetic and/or logistical reasons.

The execution, however, was easier said than done. As a young entrepreneur and college student, Lutz—along with the first few members of the company—personally went door-to-door throughout the University of Maryland and Washington D.C. areas to deliver produce to their first 30 customers, half of which were free trials.

After facing countless struggles and coming close to failure several times, Hungry Harvest’s salvation came on July 17, 2015 when they received a $100,000 investment for 10 percent of the company from Robert Herjavec on the popular reality television show “Shark Tank.”

Watch the full episode below:

Up to this point, Hungry Harvest was delivering to areas as far as they could reach from their Baltimore hub, including northern Virginia, most of Maryland, and Washington D.C. The company knew that in order to further their mission, they would need to use the investment to expand beyond this small section of the country.

Hungry Harvest’s Philly City Manager Cynthia Plotch has been an instrumental part of the company’s introduction to the area, and has been in charge of all Philadelphia operations since she joined the team about three months ago.

“It was very exciting and a huge growth time for our company,” Plotch explains, “It really forced us to level up in a lot of ways…Philadelphia—for geographic, demographic, and size purposes—was the next best move.”

Hungry Harvest was first introduced to the Philadelphia area in January 2016 for beta testing. It was able to get a successful start with the combination of some work with the press and its popularity from “Shark Tank.”

The company began to make deliveries for a few months, during which time they figured out how the logistics would operate outside of the central headquarters in Baltimore. Once they reached a critical number of customers and everything was set up to run smoothly, Hungry Harvest was officially launched in Philadelphia.

“The best thing about Hungry Harvest’s expansion to Philly is that we’re able to really further our mission,” Plotch says, “every incremental customer we get is more and more food that we’re able to keep out of landfills and donate.”

Plotch says Hungry Harvest has also partnered with Philabundance to fight hunger in this area. The company is able to donate one to two pounds of produce for every box that is delivered in Philadelphia. Before debuting in this city, they estimate about 300,000 pounds recovered and 100,000 donated.

According to Philabundance’s website, 750,000 people are facing hunger in the Delaware Valley. Through their partnership, Hungry Harvest is able to provide fresh produce for over 90,000 people per week.

Hungry Harvest attracts many people who are looking to do something meaningful to contribute to this cause. Kevin Brown, a well-known lecturer, author, and fitness trainer, has been working for the company for almost a year as a manager in charge of all produce orders that are shipped to Philadelphia.

Every Sunday morning, Brown goes to Philadelphia Produce Market in South Philadelphia to organize and pack up all of the produce boxes into his car with the help of only a few other employees. He then drives around to personally deliver boxes to the customers’ homes on his route.

“I’ve always found over the years that people with the most money are able to eat better food,” Brown continues, “so trying to reach those who are a little less fortunate—that’s something that I’ve struggled with trying to help.”

Brown also owns a fitness company called Visionary Trainers, which he says is another reason for his passion for eating healthy.

He says that many people are skeptical about whether becoming a Hungry Harvest customer is really cheaper than going to a grocery store and picking out their own produce.

In order to prove that it is a savings, Brown did his own experiment by going to Whole Foods and shopping for the same amount of produce included in Hungry Harvest’s cheapest $15 variety box. His total result? $30—exactly twice as expensive as Hungry Harvest.

This chart below illustrates the price comparison between Hungry Harvest and Peapod, another grocery delivery service. In addition to being more expensive, Peapod does not sell recovered produce or donate any of their food.

See below for chart comparison between Hungry Harvest’s and Peapod’s prices.

“We have plenty of need in the Philadelphia area, so I’m glad they are here,” Brown says, “I’m thankful to be working with Hungry Harvest.”

In the future, Hungry Harvest will be looking to expand to more and more cities across the country in order to further their mission of ending food waste and hunger.

“I think that our future looks big and bright,” Plotch smiles, “I think that there’s tons of cities where there could be a ton of demand for Hungry Harvest.”