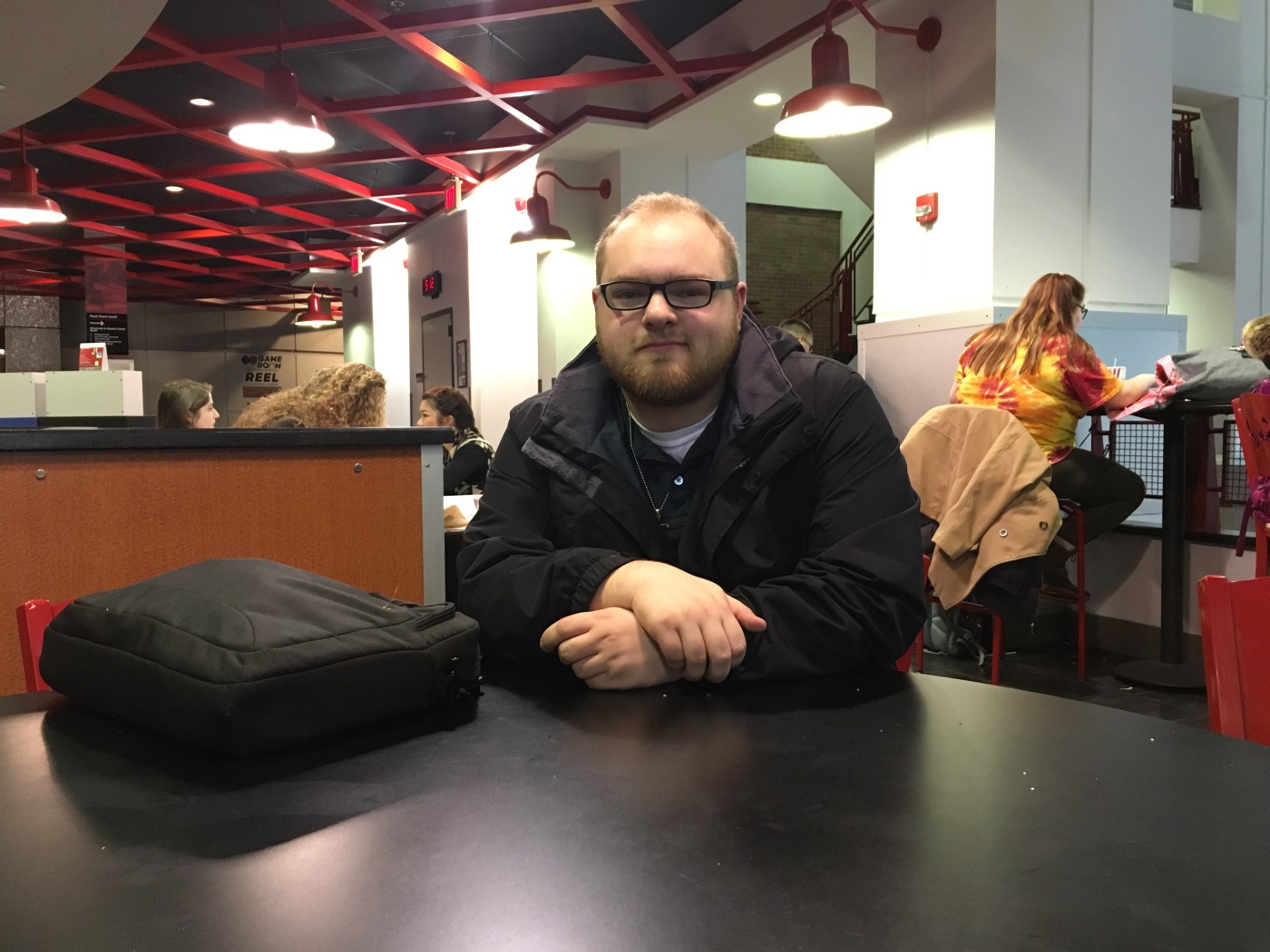 Though the landmark Philly street was his first stop, he hasn’t given it much thought in the three years since. As a junior journalism major, Hanslin has focused his reporting career thus far on Temple sports, like football and basketball. Now, he’s straying from sports coverage and returning to his roots.

“I think there’s some overlooked, underrated places on South Street that don’t get enough love,” Hanslin said. “That’s something that stood out to me when I first got there, when I first checked it out. I think it’ll be really interesting to take the whole journey.”

To learn more about Hanslin’s journey reporting on South Street, check out the following Q&A:

Q. Tell me a little bit about why you chose South Street as your beat.

A. I’m not from around here. I’m from New Jersey. I guess I still kind of consider myself a tourist in Philly, even though I’ve been here for three years. The first time I came here, the first place I went was South Street. I know Philly is known for its historical landmarks, but I think all the current action is on that street. I think that’s unique. South Street is current, it’s hip, it’s the hub of the city.

Q.  What have your personal experiences on South Street been like?

A. Personally, it was kind of just like a window-shopper experience, just like going to the mall, kind of glancing at everything that’s going on. A lot of people-watching, a lot of just looking around at different shops. I’m a big food kind of guy. Jim’s Steaks is on South Street, which is popular, but I don’t think it gets enough recognition because of Geno’s and Pat’s and all the media around them.

Q. What are the kinds of stories you plan to cover?

A. I think it would be kind of cool to do a story on Jim’s, on food, on cheesesteaks. It’s what resonates with Philly, so I think it would be cool to write a story about that place because it doesn’t get enough attention. I’m kind of just going into the unknown. Food is important. Bars, restaurants and clubs are important. I know there’s hookah bars and a lot of tobacco stores. I’m not sure how much attention they get. I think that’s interesting. I like mom-and-pop stores, small businesses. I’m really into rock vinyl, and there’s this vinyl record store I’ve been to a few times. I think that would be really neat, since vinyl is starting to get popular again. Things like that.

Q. So you’re sort of focused on what you’d like about South Street?

Q. What’s the first story idea you’d like to pursue for this beat?

A. I’m not quite sure. I think there’s some social media and live-tweeting for the next assignment. I think that’s the advantage of going to South Street: there’s so much action, so many tweets, so many hashtags going around the place, so I think it’s very simple to just find someone tweeting, ‘I’m at South Street.’ I think there’s an assignment there, where I can just go around and take the best tweets. Other than that, I think Jim’s and that record store, I’d like to write about those two places specifically. Otherwise, I think I’ll just go around, take my time and see what’s there.

Q. How will you make sure you’re reporting legitimate, substantial stories, rather than just public relations or promotion of different places on South Street?

A. That’s a good question. I’d really like to stress the local businesses out of it. I’m really hoping there’s a story, an untold story, of an owner or an employee that works there. Depending on how popular a place is, maybe I’ll stay away from it, depending on how much publicity or PR it’s getting. I don’t want to find underground places or anything, but I’m hoping there’s some untold story I can figure out.

Q. There’s another reporter in class on this beat, right? How will you avoid writing similar stories or even the same stories over the course of the semester?

A. I haven’t talked to Will since last class, but I think he’s interested in the beer scene, like the local pubs. I’m not really focused on that right now. I wouldn’t be surprised if a story came up where he mentioned something and I would maybe be intrigued by it, but I think he’s sort of fixated on food and drink. I think I’m more focused on, although it is food, also clothing, textiles and entertainment.

Q. What are you most excited about going into this beat?

A. I don’t think I’ve been down there enough. It’s easy to just take the subway down. The closest thing I can get to in the heart of Philly is just taking the train down, you know, to Lombard South and checking that out. I’ve been down to South Philly a lot for the sports complexes. I’ve been down to Pat’s and Geno’s plenty, but I don’t think I’ve really gotten a full grasp of the city yet. I don’t know if I’ve been hesitant to do that since I’m a big New York guy. I think I just want to get a little more exposed to Philly. I haven’t let myself get exposed enough to what’s around here.

Q. What is your biggest source of apprehension going into this beat?

A. I guess the fear is just maybe, what you said about how I’ll try to separate the PR side to the story, because it is such a popular location and it is tourist-y. That’s one thing to embrace, though, and it’ll make the story more valuable if I can find that. If it turns out to be sort of PR-y but it still gets the message across, I think I’ll still be proud of that. It’s going to be a challenge.

Q. What reporting experience do you have that will help you as you prepare to dive into this beat?

A. I’ve been a reporter here at school with WHIP Radio. I’ve been covering the football team and the basketball team heavily. I’m used to the press conference scene. I’m used to the one-on-one interview scene. That pit in your stomach of wanting to say something or ask a question is kind of gone already, so I guess that helps me. Obviously it’s not going to be sports stories on South Street, but I’ll be able to converse. I think that’s what gives me a little bit of an edge.

A. It’s going to be hard to pivot, because I want to be a sports writer for a career. I want to be a sports journalist. I’m not really interested in food, entertainment, all that stuff, but I still think that’s something to put on my resume. I think that shows versatility and flexibility. That’s the pro to this beat, the thing I’m looking forward to.

Q. How do you think this beat will help you grow as a reporter?

A. I think it’s just getting my feet wet in different genres of writing, different styles. I’m used to just hard news stories, sometimes features or profiles. I think that helps, but it’s going to be a different environment, different scene. I think that’s the challenge, and I’m trying to get something out of that. Find a different angle, find a different way to tell a story that I’m not used to.