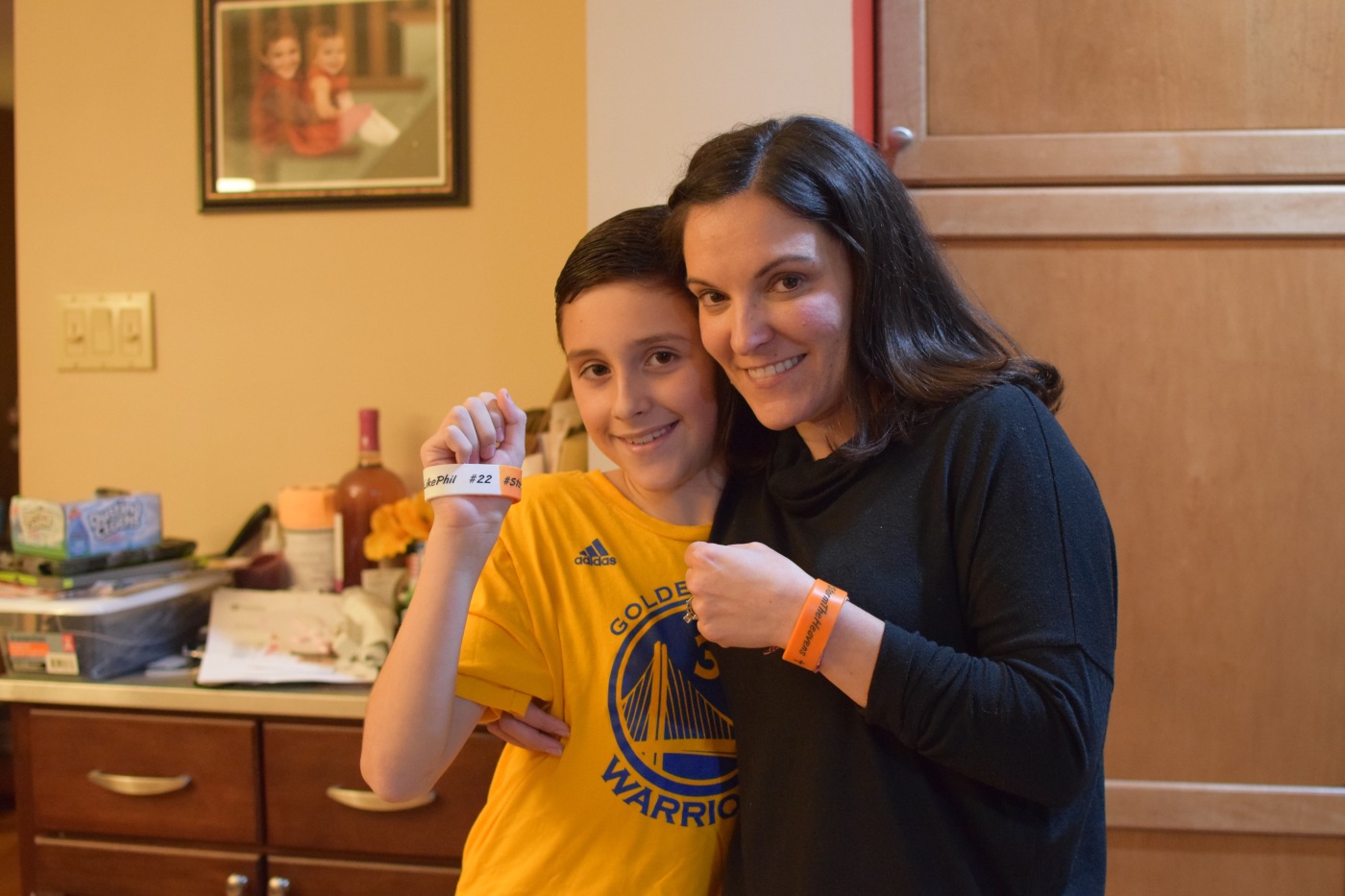 When Mina Carroll visited the grave of her daughter Philomena Stendardo at Most Holy Redemeer Cemetery in Bridesburg last week, she found an anonymous, handwritten note. It read, “To Phil and her family, thank you.”

“The message went on to say how my daughter had changed this person’s life,” Carroll said. “She walked her way into everyone’s heart. She did that without exception with everyone she met, way before she was sick. … She really truly was just one of a kind.”

Stendardo died at 8 years old on July 23, 10 months after she was diagnosed with diffuse intrinsic pontine glioma, or DIPG, a cancer with a zero percent survival rate.

The month after Stendardo died, Carroll and her husband Mark Stendardo formed Storm the Heavens, a nonprofit dedicated to raising money and awareness for DIPG. The nonprofit is planning Bean’s Ball, which is named after Philomena’s nickname and will be held in March at Vie on Broad Street near Spring Garden. All of the event’s proceeds will go toward a pre-clinical trial researching DIPG in Philomena’s name. The group is on track to sell all 600 of the event’s $200 tickets, meaning the event would raise $120,000.

The group also hosts weekly community rosaries honoring Philomena at St. George Parish and Mother Divine Grace Parish in Port Richmond. About 40 to 80 people attend the rosaries each week, where they pray for Philomena and anybody who has asked for blessings, Carroll said. More people watch the rosaries online via Facebook Live.

Multiple people from Fishtown have supported Carroll and her family since Philomena’s diagnosis in September.

Christine Healey, who grew up in Fishtown and has known Carroll since they were seventh graders at the neighborhood school St. Anne’s, is a member of the nonprofit’s event committee, which is responsible for planning Bean’s Ball.

Healey, who taught Philomena at St. George Catholic Elementary School when she was in first and second grade, started the Storm the Heavens Facebook group last September to ask for prayers for Philomena after she was diagnosed. It now has more than 19,000 likes.

“Mina and Mark knew from day one knew what they were facing and that a miracle was in fact needed and to pray,” Healey said.

About 300 children between the ages of 5 to 9 are diagnosed with DIPG every year, and the median amount of time that a patient stays alive after diagnosed is nine months, according to the Dana-Farber Cancer Institute at Boston Children’s Hospital.

Since there is no cure, Carroll said families of children diagnosed with DIPG are simply told to go home and make memories with their children without being offered any real solutions. She added that DIPG symptoms cause children to suffer greatly — though Philomena never complained — and get progressively worse.

According to the New York-based, neuroscience-focused Weill Cornell Brain and Spine Center, the tumors that cause DIPG appear on the brain stem, which controls critical life functions like breathing and blood pressure. Symptoms include headaches, limb weakness, frequent nausea and vomit and difficulty seeing, hearing and eating. The only treatment option offered is radiation, which causes tumors to shrink and temporarily relieves symptoms, but does not affect survival rate. About 70 percent of DIPG patients receive radiation, according to the Michael Mosier Defeat DIPG Foundation. 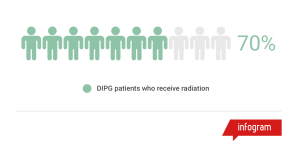 Carroll said it is “criminal” that there are no effective treatments for DIPG besides radiation.

“Now you tell me how anyone would even accept that, how anyone in the world could say that that’s OK,” she said.

“It’s about time that our kids get that focus,” she added. “There is no greater cause than our children’s right to grow up to be adults.”

ALS, a progressive neurodegenerative disease that affects nerve cells in the brain and the spinal cord, compares to DIPG because the mind remains intact as the body deteriorates, Carroll said. Unlike DIPG, though, ALS primarily affects adults and patients live an average of three years after they’re diagnosed, according to The ALS Association.

There are at least seven treatment centers dedicated to the disease in the Philadelphia area, according to the Greater Philadelphia Chapter of the ALS Association. There are none focused on DIPG.

According to the ALS Association, more than 5,600 people are diagnosed with ALS per year, which is 18 times higher than the annual amount of DIPG diagnoses. But Carroll argues that fighting DIPG is the greatest cause of all because it means giving the right for children to grow up.

Storm the Heavens’ goal is to fund DIPG research so families have more treatment options and eliminate the zero chance of survival children with DIPG face.

Alicia Santucci, a member of the nonprofit’s event committee and a South Philadelphia resident, said Carroll “creates a fire” and inspires people — similar to the way Philomena brought people together.

About 700 people attended a prayer group for Philomena at St. George three days after she was diagnosed. More than 3,000 attended a block party in Port Richmond last September to celebrate Philomena that was organized less than five days before. About 5,000 people attended the 8 year old’s viewing at St. Anne’s Parish in Fishtown.

Public figures also honored Philomena: Gov. Tom Wolf visited her at the family’s Port Richmond home in the summer, and Beyonce dedicated her song “Halo” to the little girl at a concert at Lincoln Financial Field last year.

Carroll said she has received hundreds of messages from people, saying how praying for Philomena brought them and their loved ones closer together and strengthened their faith, even after she passed.

“She was just really good at everything she did, effortlessly,” Carroll said. “She is powerful, my little girl.”