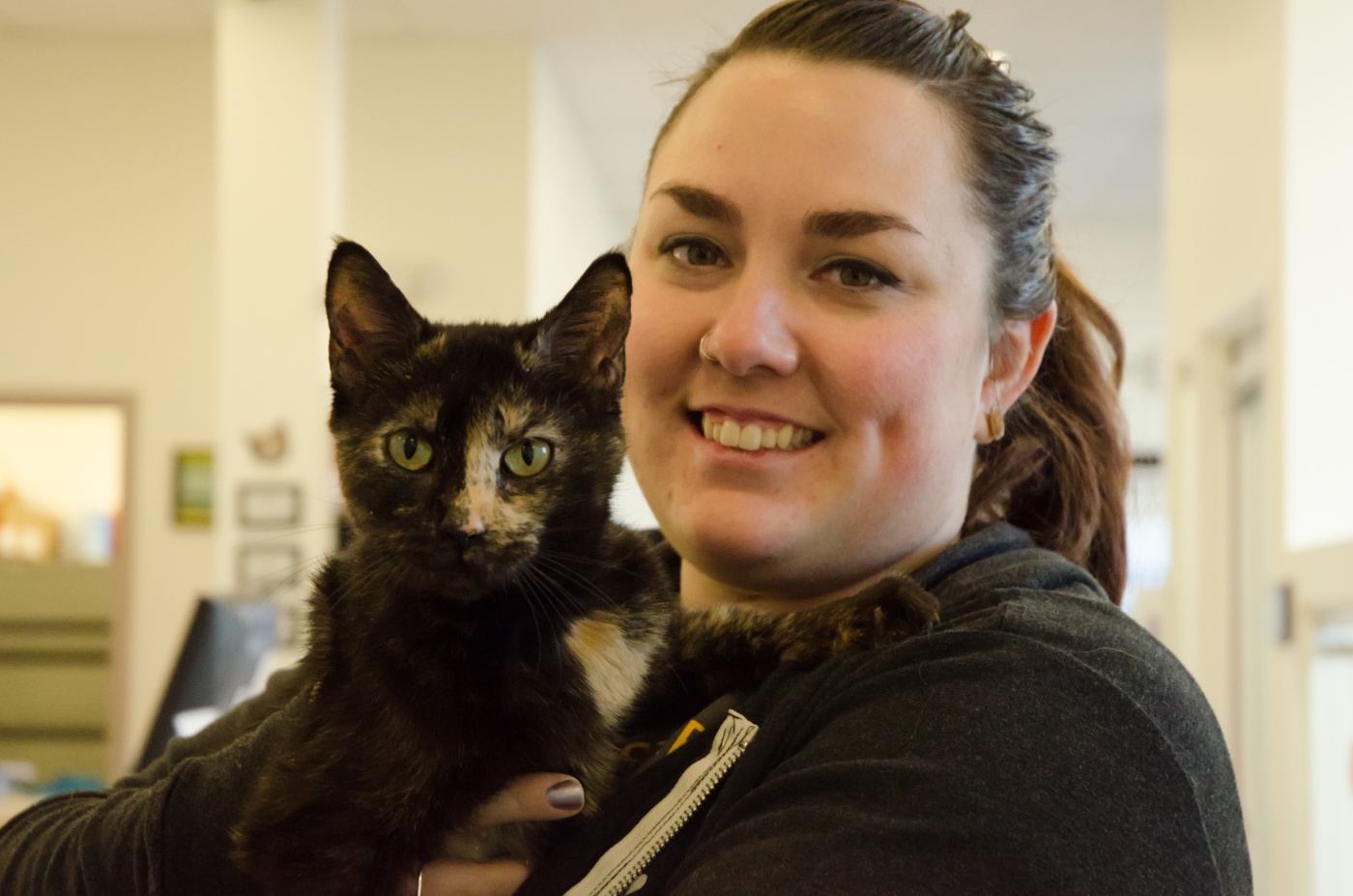 Ashley, Pet Care and Volunteer Coordinator, with one of the cats from the shelter.

Ashley, is a Pet Care & Volunteer Coordinator, at the Philadelphia Animal Welfare Society, PAWS, located on 1810 Grant Avenue, Philadelphia, Pa, 19115.  In the video, Ashley explains what a work day consists of. Ashley also explains that PAWS is a no kill shelter and the process of bringing a homeless or abandoned animal to the shelter.

Also, the process it takes when an animal comes into the shelter and depending on how sick they are, they won’t be put in the kennel but they will kept in the back until they are better.  Dogs from the same litter usually are put in the same kennel, so they can play with each other.

Cats that get along are put together to have more space to play. They can jump on boxes and play with others, but those that don’t know how to play with other cats or are sick are put in cages. Paws is a No Kill Shelter  where they bring in animals and helped them find a home.