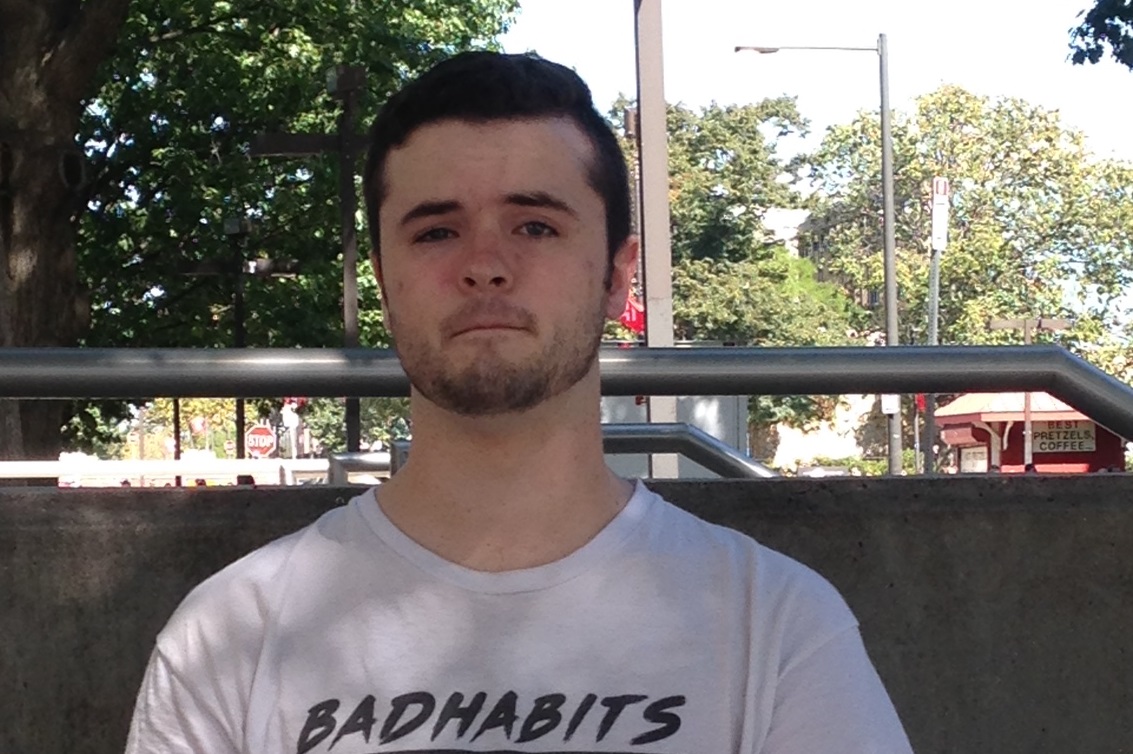 Jake Gibbons, a senior journalism major at Philadelphia’s Temple University, has chosen to explore and report on the broad topic of art in the city. The decision to choose this beat was not made lightly, and in an interview with Gibbons we are given substantial insight into how the choice was made, and what plans Gibbons has made to bring his own spin to such a huge topic.

Q: We’ll start off simple – where are you from?

A: Havertown. I guess I was technically born in New Jersey, but I only spent like three or four months there. I was literally born like right as my parents were selling their first house, so I don’t remember any of that.

Q: Why did you decide to come to Temple?

A: I was at Pitt for a week before I went to Brandywine. It was more of a backup plan than a real college. I really wanted a good communications school, one that was local, and so boom. Temple.

Q: Why did you choose journalism as your major?

A: I picked journalism after I came from Pitt. I went there as a psych major, but after taking some writing intensive classes at Penn State Brandywine I found I enjoyed that more. Psych is still my minor, though. I guess you could add that I’m far better at writing my thoughts than speaking them – I like stringing together words on a page on kind of a basic level.

Q: What made you pick art as your beat?

A: I picked art cause it really seemed like a broad subject to cover, like it has a lot of things like food, music, mural arts program, public events, like a whole lot of things fall under that. I kind of feel like art is a lot easier to write about. I’m not really interested in business, economy, so art is kind of more natural. It’s good to write about things you enjoy.

A: I mean if you consider writing an art, which I guess I personally do, I’ve done quite a bit of that. But I don’t have much of an art background.

Q: What form of art do you want to write about?

A: In general I’d like to be like, a critic, I’d like to do reviews. I’m not exactly sure what I want to review, I guess I’d want to be a food critic. That’d be cool, like going around to restaurants and write about their service and food. I want to be a game critic actually.

Q: What areas of Philly are you looking into? Location, niche or otherwise.

A: To be honest, I don’t really know a whole lot about Philly. Like I’m not really from here, I pretty much just come [to Temple]. I was thinking like Fishtown.

A: I have a couple story ideas. There’s this one Polish family that own a restaurant down there. Not a restaurant, like a Polish food store. They’ve been there for, you know, generations upon generations so I want to tell their story from like, their perspective. And like, what made them survive this long. They also make the world’s greatest pierogis. So Fishtown definitely, and I don’t know what else.

Q: What art do you think you’re most interested in?

A: Food, games, but I don’t think that would really fit into this, or if a lot of people consider games to be art. I think I definitely want to try to work in the mural arts program again. I think I’d like to elaborate on that a little more. Some of the artists I’ve talked to, some think the scene is on the decline, others say it’s going up, so I guess I want to figure out what to say to that.

Q: What do you think the current state of the mural culture is?

A: I go to interview some of these guys, this one guy, his studio is pretty much this abandoned building in West Philly. You look at it and you think like, you know, no one’s been in there for like 20 years. But you go inside and it’s this whole art studio. I’m wondering like, if the mural arts program is really on the rise, why are they still working there. If they like to that’s fine, and you might as well make use of space that’s not being used I guess.

If you want to learn more about the Mural Arts Program, check it out here.